You can also enjoy walks, bike adventures, fishing, relaxing in a spa, fabulous food and tranquil settings – everything provided to you. So much to do and enjoy in this beautiful part of Aotearoa.

Travel to and from Nelson included

Register your interest now for more tour dates in 2022 or talk to us about a customised tour for your group of rowing friends. 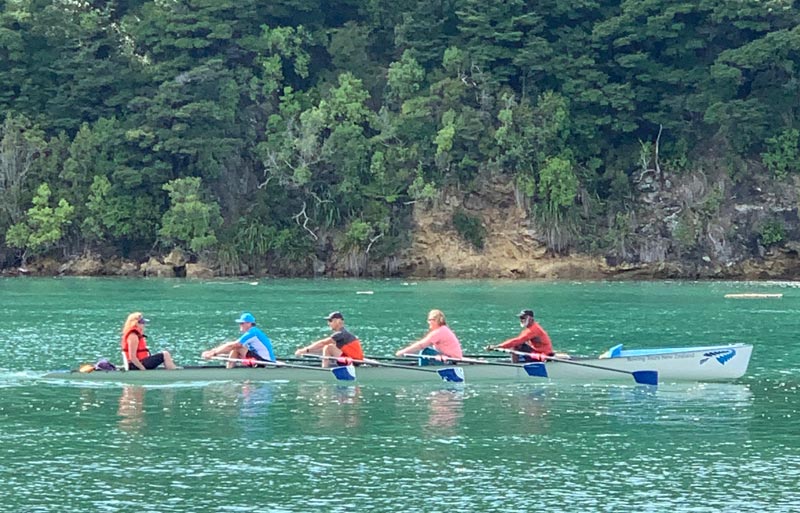 The Marlborough Sounds are an extensive network of sea-drowned valleys at the northern end of the South Island of New Zealand. The Marlborough Sounds were created by a combination of land subsidence and rising sea levels. According to Maori mythology, the sounds are the prows of the many sunken waka or Aoraki.

New Zealand, and more especially NZ’s South Island has been a red-hot world tourism destination for a few decades now, and remains on many global traveller wish-lists.

New Zealand is known for rugged natural beauty, scenic drives and outstanding wilderness walks. Within that same setting,  NZ Rowing Tours has targeted some of the real scenic and under the radar highlights.

Each Region has it’s own specialities in terms of food, wine and local people. We are a kiwi owned and operated business, with local knowledge and expertise to deal with any requirement or weather or conditions.

Find out more about our clients and visiting Rowers have said here.